Unfortunately, all three times we visited this waterfall (consisting of an upper tier that’s about 15ft as well as an apparent lower tier that’s slightly taller but harder to reach), it’s been either trickling or almost dry. Our latest failure with the falls followed five consecutive days of El Nino downpours, and the prior attempt a year earlier to that followed three consecutive days of heavy rains.

Given these developments, I’m inclined to believe this is really nothing more than an ephemeral waterfall and probably shouldn’t really count as a legitimate waterfall.

Maybe the storms just so happened to miss the La Jolla Canyon drainage though I somehow doubt it given the breadth and longevity of these storms. Or, maybe climate change already killed off the reliability of this waterfall? Anyways, we figured you’ll need a year of substantial and sustained rainfall (like the record rains of 2005) in order to revive this waterfall and make it more worth it to pay the $8 day use fee (was $5 when I revised this page a year ago following the 2nd attempt).

The hike to the falls is about 1.6 miles round trip from the well-signed La Jolla Canyon Trail and car park.

There are signs warning you about ticks, and having been bit by one of these before, I’d recommend you heed the warnings, stay on the trail, tuck your pants in your socks or boots, and do visual inspections with your fellow hikers before getting in your car to leave.

The trailhead parking for La Jolla Canyon is just off Pacific Coast Highway between Malibu and Oxnard (about some 16 miles or 25 minutes north of the car park for Escondido Falls). More generally, the drive from downtown Los Angeles to the falls would be 50 miles (nearly 2 hours drive with moderate traffic) via PCH. Alternately, the drive would take about the same mount of time to go a longer route via the 101, which would pass through Camarillo and the outskirts of Oxnard before arriving at the trailhead from the west. 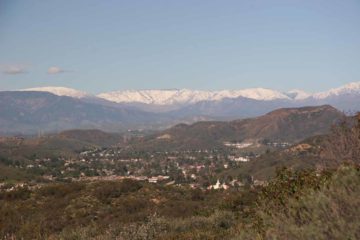 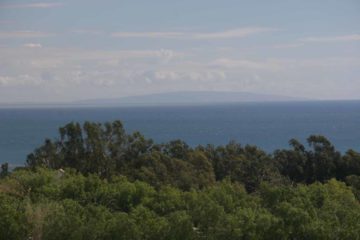