Quebec Waterfalls were sort of the secondary attractions to the more urban attractions that caused us to think that it could very well be the closest thing to Europe as you could get in North America! Despite the fact that most of this vast province was undeveloped (especially in its north), one would think that Nature would dominate in terms of what would draw tourists here. Instead, we had to admit that the European charm took the priority over trying to chase down as many waterfalls as we could find here, but we didn’t regret that decision to spread out our attention from the waterfalls one bit!

Indeed, we fell in love with the charming Old Quebec City with its city walls surrounding a hilly district topped by the Chateau Frontenac overlooking the St Lawrence River as well as the surrounding region, including a very charming lower district between the hill upon which the Old City was perched and the banks of the St Lawrence River. Then, there was Montreal which featured an interesting mix of the old and new giving this cosmopolitan city a very unique appeal.

Speaking of unique appeal, visiting this province truly felt like we were visiting another country within Canada! Here, we found signs in French first, then English (if the signs were bilingual). Casual everyday speech was the French-Canadian speech known as Quebecois, which was subtly different from the kind of French we heard in France. I couldn’t pin down exactly what the differences were, but one thing we did notice was that waterfalls tended to be referred to as chutes as opposed to cascades or saults.

And in terms of waterfalls, we found some of the largest ones in North America not named Niagara Falls such as Chute Montmorency and Chutes de la Chaudiere. We also visited the tall Chute Sainte-Anne, which seemed to be an adrenaline junkie’s paradise. Plus, we visited other off-the-beaten-path waterfalls such as Chutes de Sainte-Ursule as we drove the Trans-Canada Highway from Quebec City all the way to Ottawa just on the other side of the Quebec-Ontario border.

Our humble sampling of Quebec Waterfalls merely scratched the surface of waterfalling opportunities in this province. We know this for sure because we couldn’t fit in a visit to Chutes d’Amagh while driving the Old Canada Road from Maine to Quebec City. That just means we’ll have to keep brushing up on our French and come back to see more of what this vibrant Euro-charmed province has to offer! 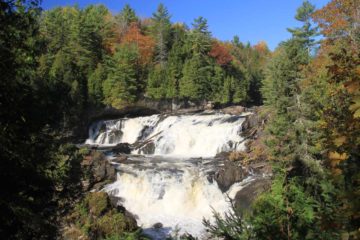 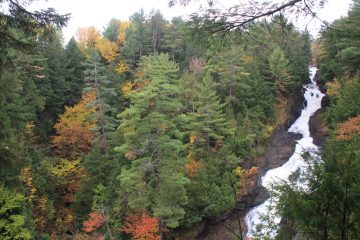 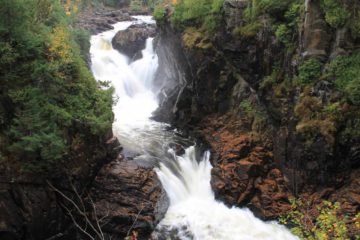 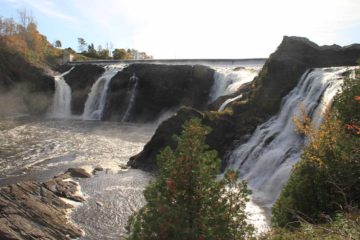 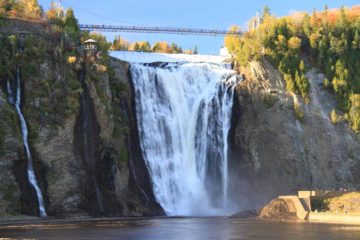 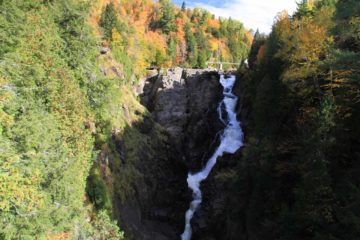