For the purposes of this section, Central Norway encompasses the counties of Buskerud, Oppland, Sør-Trøndelag, and Nord-Trøndelag. I tended to think of this region as the gateway to the north of Norway even though we’re really talking about a large chunk of the inner (i.e. away from the fjords to the west) Norwegian real estate. I’d imagine that I could easily include more counties if we were to head directly north from Oslo instead of doing the long detour that we did through Fjord Norway during our June-July 2005 visit to the country. Anyhow, both Julie and I found the city of Trondheim in Sør-Trøndelag County to be both compact and very charming, as it included the imposing Nidaros Cathedral as well as many important wooden government buildings.

That said, since this region was away from most of the spectacular scenery found along the fjords of the west coast of the country, it did feel like we were in regions that not many foreign tourists would go (or at least it seemed that way given how few tour buses we had seen in most of the waterfalling excursions we took part in). Perhaps the most spectacular of the waterfalls we’re including in this region was the remarkable Henfallet, which sat in Sør-Trøndelag County. We probably could have (and should have) included a visit to the UNESCO World Heritage mining town of Røros, which was within a reasonable distance to that falls.

Meanwhile, we also visited Rondane National Park, which seemed to be a place that was all about Norwegian heritage as well as Nature. After all, it was the country’s first national park protecting the last wild herds of reindeer, and it seemed to be an important setting for the Henrik Ibsen folklore “Peer Gynt”, which also seemed to resonate with Norwegian identity. That said, we also visited a couple of well known waterfalls in this reserve called Vesleulfossen and Storulfossen (also known as Bruresløret).

Then, we even visited the famed ski area at Hemsedal though our Summer visit was far removed from the much busier Winter season when both skiing and ice climbing become the favored activities of the area. Speaking of ice climbing, the waterfall Hydnefossen was one ice climbing route challenging thrill seekers and veterans alike. We also saw the powerful Rjukandefossen, which was true to its name in that it was putting out lots of mist reminding people of smoke.

Indeed, the waterfalls were more scattered and less concentrated in this region. So our survey of what waterfalls we did see was probably a very small sampling of what can be discovered. But even then, we felt like we got to see a side of Norway that not many get to see, which you can get a glimpse yourself by browsing through the pages below… 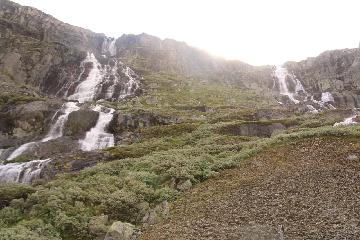 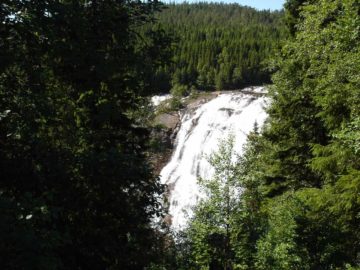 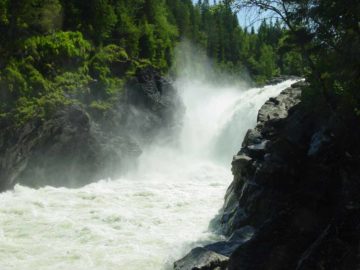 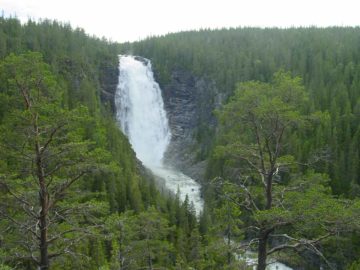 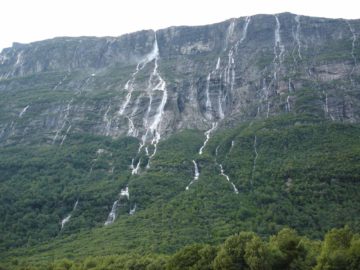 Vinnufossen and the Sunndal Waterfalls 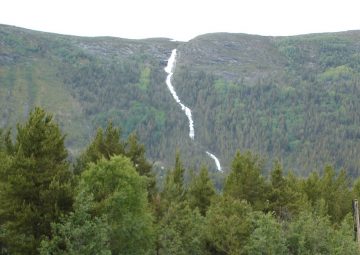 Pollfoss and the Waterfalls along the Otta River 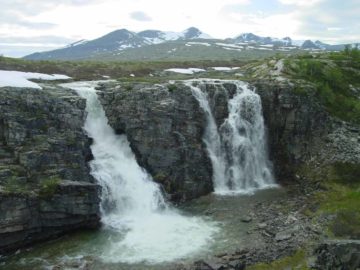 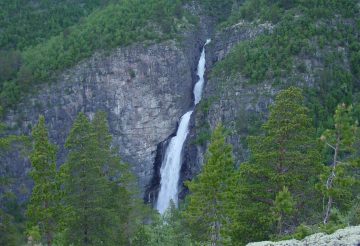