“Fremont River Falls” (I used to misspell it “Freemont”) is an informal name that I’ve given to this waterfall since I haven’t seen any official moniker for it.

Given that it sits on the Fremont River, which is a river that goes through the typically hot and dry Capitol Reef National Park, this could very well be the park’s only waterfall that’s reasonably accessible.

It’s for that reason alone that I found it rather strange that I couldn’t find an official name for it.

Although the falls wasn’t very tall (probably 15ft or so), my Mom and I noticed that it had surprisingly good volume. Thus, we could easily envision people coming here to cool off from the desert heat.

We showed up in the morning so we saw some faint rainbows in the morning light. The tall white sandstone cliffs providing an unusual backdrop for this waterfall also made it rather memorable.

Years after we had last visited this waterfall in 2003, we had learned later that the falls was actually a result of the re-routing of the Fremont River due to the construction of Hwy 24 through Capitol Reef National Park.

Upon learning this bit of information, that would put this waterfall in the same category as Oxararfoss in Iceland or the “Mossy Cave Waterfall” in Bryce Canyon. After all, those waterfalls had also benefited from water diversion resulting in their creation.

Perhaps that was also the reason why this waterfall didn’t really have an official name.

Recently in 2012, the National Park Service closed off Summer access to the falls due to near drownings resulting from undercurrents and aeration from the velocity of the water conbined with the desire of visitors seeking relief from the desert heat.

When we last passed through the area in 2018, the large roadside pullout near the falls was gone.

So it was a clear indication that the park service did their best to obscure the location of the falls by taking out the hints and infrastructure that made it easier to find in the first place.

We found this waterfall a little over 6 miles east on SH24 from the Fruita turnoff in Capitol Reef National Park (near mile post 86). The pullout for the falls was not signed during our visit so I’d imagine a combination of a map plus the car’s odometer would help you find the correct place to pull over and check out the falls. When we visited this place in 2003, it had a very large pullout. During the years this place was more accessible, there was a good chance that other people and cars would be present so that it would have made it even easier to find this waterfall.

However, as of our latest visit in 2018, the National Park Service appeared to have removed or obscured that large pullout making it more difficult to find. It’s pretty clear that they intend to keep this place hidden to reduce the number of rescues and/or incidences of drownings or near drownings. 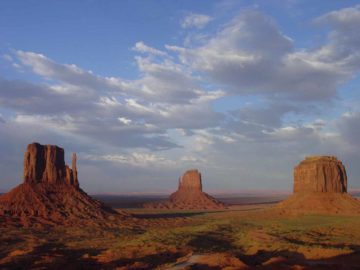 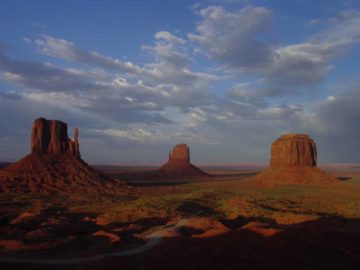