Vanuatu Waterfalls were something that Julie and I never really considered visiting until we were encouraged by a website visitor to check them out. Little did we realize how such a suggestion opened our minds to this place, and fast forward some five years later when we were looking for a last minute 10-year wedding anniversary destination, and fate would eventually bring us to this place. Perhaps ignorance was bliss in our case for we came in without expectations and we essentially allowed the islands’ rhythms to sink into us. Speaking of ignorance, when we were asked by friends back in the States where we were going, none of them even knew where Vanuatu was (let alone even heard of it). Yet it was probably because of this obscurity that we experienced an island paradise largely devoid of mass commercialism while still holding tightly to customs and culture that had persisted for centuries. In other words, it lost neither its charm nor its cultural identity.

So with this somewhat off-the-beaten-path destination, when it came to waterfalls, most of them were also not that well-known. In fact, during our trip planning, we realized that quite a few of them required going through a lot of logistics to access so we have to admit that we didn’t even have a chance to see some of the country’s greatest waterfalls (e.g. the Siri Waterfall in Gaua or Waterfall Bay off Ambae). Yet what we were able to see and experience was perhaps more representative of what visitors would be more likely to visit. Perhaps on a return trip (one of these days), we could try to be on even more of an adventure and explore more of the outer islands to see an even wilder side of Vanuatu.

But as for the here and now, our small sample size of Vanuatu Waterfalls were spread out over merely three of the country’s 83 islands – Efate, Espiritu Santo, and Tanna.

Of these waterfalls, they consisted of mostly play waterfalls (think Dunns River Falls in Jamaica), where we were able to climb them, swim around them, and even go on adventures to access them (i.e. floating and canyoning in the river as opposed to just hiking). Such unorthodox waterfalling excursions included the waterfalls of the Millennium Cave and Mt Hope. Meanwhile, we got to play in a couple of falls around the country’s busiest town in Port Vila at Mele Cascades and the Lololima Waterfalls. And finally, we visited a waterfall by Louniel Village that preceded an unforgettable visit to a live active volcano at Mt Yasur.

Certainly we could visit more of the Vanuatu Waterfalls given time and budget, but that gives us motivation to return to Vanuatu and be even more charmed by its magic. Until then, have a look at our small sampling, and get a taste for why we fell under Vanuatu’s spell. 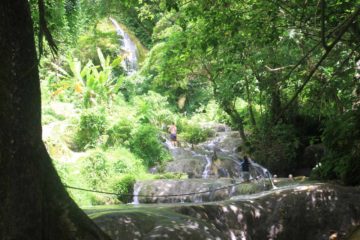 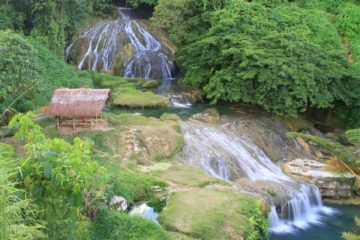 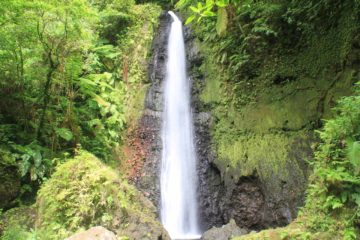 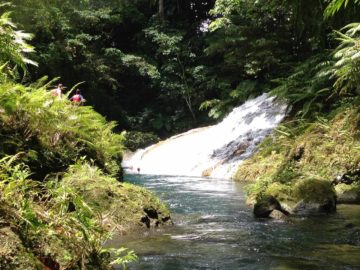 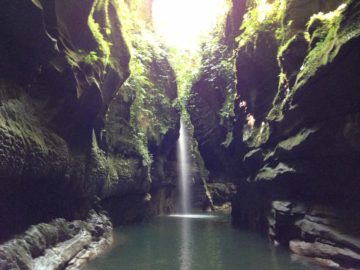