Italy Waterfalls take a back seat to the rich history and culture that the country is most known for. After all, practically everyone’s well aware of the history evident in famous cities like Rome, Florence, Siena, and the overall region of Tuscany. Then, there’s the dream city of Venice where there’s simply no other city in the world quite like it. On top of that, there’s the cliff-hugging towns of the Amalfi Coast as well as the mountainous lakes of Lake Como, Lake Garda, and Lake Maggiore. Indeed, it’s for this reason that we really had to work hard to find the country’s most significant waterfalls. But that didn’t mean the falls found here weren’t worth the effort. In fact, it was quite the opposite!

For while we found ourselves frequently saturated with charming medieval towns, historical and gaudy cathedrals (duomi), grand and buzzing cobblestone piazzas (town squares or plazas), and narrow cobblestone walkways, the waterfalls provided the perfect contast to complement the known sights (and the accompanying crowds) with the tranquility of Nature. The end result was a far more well-rounded and fulfilling Italian experience than most typical tourist itineraries only focusing on the cliche sights.

However, to underscore the degree of effort involved in finding genuine Italian waterfalls, we found ourselves going through road trips requiring a minimum of two hours through winding mountain roads and countrysides in regions most people haven’t heard of. Not only did we have to rely on knowing some of the language, but it also tested our trust in our pre-trip research. And this was just for the waterfalls we managed to find in Peninsular Italy! As you can see from the map above, it turned out that we managed to see quite a few of them.

So far, we’ve primarily gone waterfalling through Central and Northern Italy. We’re hoping to see the rest of the country on our next visit.

Among the waterfalling highlights included the tall Cascata del Rio Verde in Abruzzo and the Cascate del Dardagna not far from Bologna.

In Northern Italy (where it really felt like we were in another country), we visited large waterfalls like Cascata di Parcines (Wasserfall Partschinser), Cascate di Riva (Reinbachfälle), and the Cascate di Barbiano (Wasserfälle Barbianer) among others.

Indeed, waterfalling in Italy was an adventure that yielded rewards going far deeper than the myriad of photos and memories we took home with us. Check out the waterfalls below to get a sense of a side of the country you might not even have been aware of! 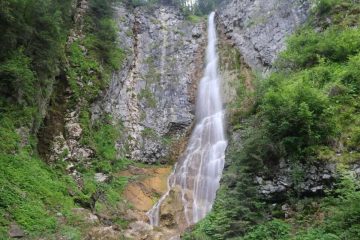 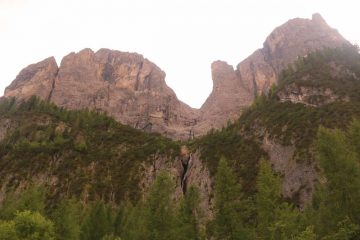 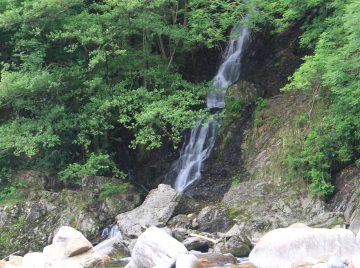 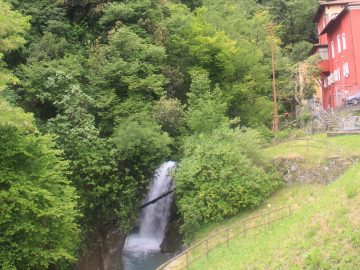 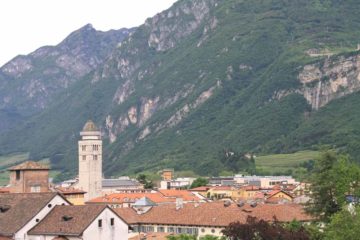 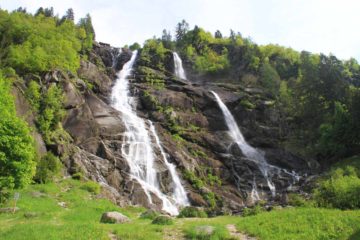 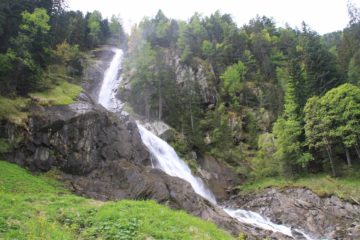 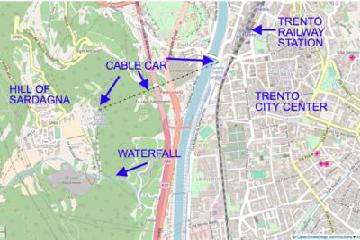 This waterfall is known as “Cascata di Sardagna” 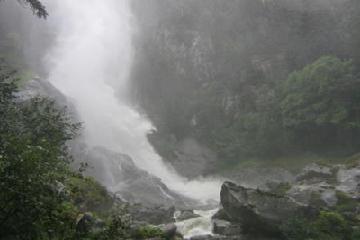 Some suggestions for Italian waterfalls October 14, 2017 7:22 pm by Davide Checchi - Thank you so much for your very particular and detailed website, so interesting to explore and to learn about these amazing drops of water! I wanted to suggest you a few italian waterfalls that I noticed you didn't visit, in the case you'll be back to the Italian Alps. - Cascata dell'Acquafraggia: north of Como… ...Read More