Morocco Waterfalls contrasted the country’s rich diversity of cultural heritage as well as history. It felt as if the country was at a cultural crossroads between the European north, the Arabian east, and the Berbers who have inhabited the area for millenia. Even though we were drawn to the country by its waterfalls, we were pleasantly surprised by the sights and sounds as well as the myriad of unexpected surprises to a place of such contrasts to what we’re normally exposed to in everyday life. I’ve heard of Morocco being described as “sensory overload” and I would have to say that is the most succinct way of summarizing it.

We found ourselves blissfully lost amongst the medinas of Marrakech, Fes, and Chefchaouen. And in addition to blue-colored medinas (Chefchaouen), ornate medersas and palaces (e.g. Ben Youssef Medersa in Marrakech, the Bou Inania Medersa in Fes, or the Mausoleum of Moulay Idriss in Meknes among others), we were also treated to surprising Roman ruins at Volubilis. Plus, there were even more hidden surprises such as Fes’ colorful tanneries as well as the fresh and locally-sourced foods, which we were fortunate to sample in meals both at riads as well as in restaurants and cafes (some of which were outdoors and required sitting on the floor). Julie and I hadn’t been this stimulated from a waterfalling trip in a very long time, and just the cultural differences and surprises that we were treated to on such a visit here definitely made it one of the overall highlights of our waterfalling journeys abroad.

Speaking of waterfalling, we knew that the main waterfall attraction here was the Cascades d’Ouzoud, but we weren’t quite prepared to witness just how surprisingly impressive other waterfalls were such as the Setti Fatma Waterfalls as well as the Akchour Waterfalls. Then, there were the unique experiences such as the one we had at the Sources Oum er-Rbia. And we were aware that there were still others to be experienced that we just didn’t have the time for.

On top of that, we were also surprised by other natural features that the country offered such as the incredible scenery of the Atlas and Rif Mountains, including natural bridges such as the Bridge of God as well as Imi n’Ifri, which itself turned out to be an unexpected waterfalling excursion in and of itself. Indeed, we only have a humble sampling of waterfalls from this magical country, and we hope to be fortunate enough to come back and be surprised in other unexpected ways just like what our first visit had done to us. 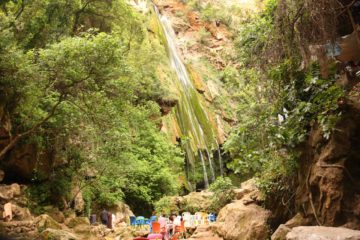 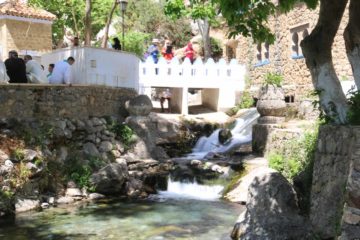 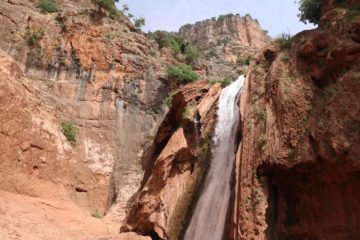 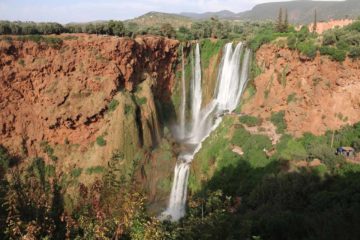 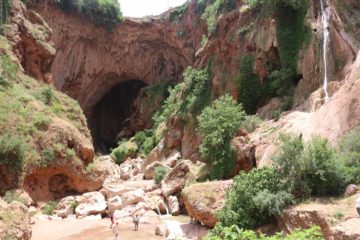 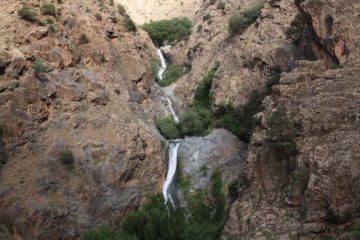